SweetWood is located in the Driftless Area of Wisconsin (also called the Paleozoic Plateau). Around 85% of the Driftless Area lies within Wisconsin, with some parts in Iowa and Minnesota. The area is an elevated region of Paleozoic sedimentary rock, with limestone & sandstone outcrops, and deeply carved river valleys. ‘Drift’ is a generic term for any sediment or stones left by glaciation.

The idea for SweetWood Temenos sprang from its early members’ experience of Neo-Paganism in the late twentieth century. There was a feeling that dedicated pieces of land set aside for Neo-Pagans were needed to celebrate their beliefs & values, and also to express the freedom and beauty inherent in this sacred way of life.

We are growing a togetherness that is soulful, a cultural and spiritual legacy to pass down to future generations – our descendants. The way I see Sweetwood Temenos is as a clan. Like the folk of old, we are a clan of kissing cousins bound by a set of common values, along with the civility of freedom and friendship. It is not necessary that we love all of our cousins in this clan. (Hopefully, we like and do not hate one another!) We are committed to the togetherness that is Sweetwood Temenos.​

The Five Values of Sweetwood Temenos 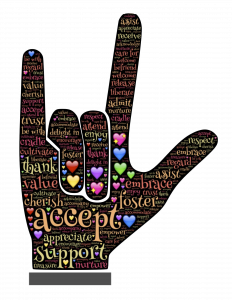 Some of the early members of SweetWood Temenos (SWT) were Midwest Scions of the Church of All Worlds (CAW). The group called themselves the ‘Upper Mississippi Valley & Great Lakes Scion Council’. These Scions met together in the mid 1990s and explored the meaning of being in a ‘church of all worlds’ … (?)

Eventually, they came to understand that a ‘church of all worlds’ is a diverse vision of religions, that can be rooted in some common quintessential VALUES. A church based on Values (instead of on just traditional or religious doctrine and practices) was a novel idea to them at the time. These Scions came to an agreement on 5 essential Values. These values have been variously described as: . 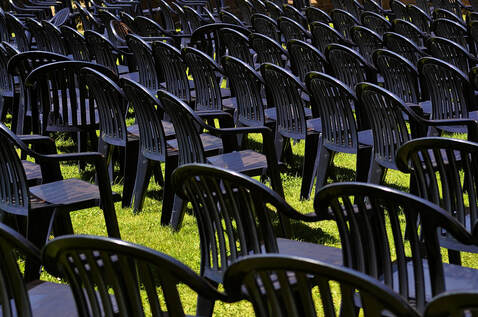 Do you want to know what coming up? Click below for our current schedule of events.

WHAT IS THE VISITOR AND GUEST FEE POLICY FOR PAID SWEETWOOD TEMENOS FUND RAISING/PAID EVENTS?

(1) Permission for Guests stay overnight would be at the discretion of the caretaker and space permitting. Advance notification permission is encouraged for planning sake.

(C) All other people, non-members or members pay the full fee for the given paid event if they stay overnight. And, having done so, they would be welcome to stay as long as they like.

(1) If the person has first paid just the day fee, and received permission from the caretaker to stay, then they would the appropriate fee for the paid event minus day fee already paid.

(D) Guest, Visitor and member paid event fees can be adjusted up or down annually and approved at the Sweetwood Temenos BoD Imbolc meeting. This is so fee change can go out in the Schedule of Events announcement in February of each year.

Taking pictures of children being naked are strictly prohibited.

The wearing of a red armband on SweetWood Temenos land and its events signifies that person wishes not to be photographed.

All members of SweetWood will be informed of this policy.

This policy will be part of the information packet include in the registration for the Freedom Festival and all other events that require registration.

Consequences for violation of this policy range from just a warning to permanent banishment from SweetWood Temenos.

CAN I BRING PETS?

SweetWood Temenos, as a community, values and nurtures healthy relationships between humans and the rest of the natural world. We recognize the positive influence pets can have in our lives, both individually and collectively. Pets are welcome at SweetWood within these limitations:

Permission must be obtained, *in advance*, to bring pets of any kind to SweetWood. A small fee ($3 for SweetWood members/$5 for non-members) will be assessed for all paid events. For all other events at SweetWood a pet donation is requested.

Permission will be given solely at the discretion of the caretaker (Jack or Kim Ingersoll), who may take into account the nature of the event, ritual, festival and/or the number and nature of any other animals that will be present. Please check with the caretaker *each time* you wish to bring your pet. Pets who are not gentle and friendly to strangers and children should be left at home.

Pet owners are expected to promptly clean up their animal’s waste, and at SweetWood events dogs must be with their owner or on a leash at all times.

If, at a SweetWood event, a complaint is received concerning an animal, the caretaker or another SweetWood representative will bring the complaint to the attention of the animal’s owner and discuss with them an appropriate response to remedy the situation. If the problem is not satisfactorily resolved, the owner may be asked to remove their pet from SweetWood.

CAN I BE NAKED IF I WANT TO?

On Being Naked at SweetWood Temenos

SweetWood Temenos believes that human beings have evolved from groups where being naked was part of the social intimacy. While clothing was a way to protect the body from the elements, enhance gender differentiation and mark status, kinship or membership, social nudity was part of the inherent intimacy, affiliation and trust of belonging to a given social or kinship group. There was a sense that being naked, either alone in Nature or socially, fostered a feeling of peace. This peace results from being in harmony with ones nature, and reminds us of an earlier paradisiacal time where all were naked and life was easy. Social nudity within kinship groups was a way of maintaining a connection to this paradisiacal time & being in harmony with humanity’s ancient gregarious nature.

SweetWood Temenos encourages nudity where the landscape or darkness offers the privacy necessary so not to offend those whom cultural or religious sensibilities is contrary to nudity as a healthy and sacred practice. Those members, friends or guests of SweetWood Temenos who violate this privacy policy may receive a warning, and for repeated violations, denied access to SweetWood Temenos. The practice of engaging in social nudity and clothing is optional, is part of the freedom of SweetWood Temenos.

CAN I BUILD A METH LAB ON SITE?

​Sweetwood Temenos does not allow the possession of illegal substances on the grounds of Sweetwood Temenos.  At the discretion of the SweetWood Caretakers, violators of this policy may be asked to leave the grounds with no refund of any event fees that may have been paid.

THERE ARE SOME AWESOME PLANTS HERE! CAN I PICK THEM?

1. All plant life (including mushrooms) shall be harvested in an ecologically sustainable manner.

1a. Trees may be cut if dead or dying. Live trees may be harvested according to the principles of sustainable woodland practices [see more information on this at the Kickapoo Woods Cooperative, PO Box 71, La Farge, WI 54639, domehome@mwt.net]. No clear-cutting of the woods is allowed, except for small areas in the pines needed for camping sites.

1b Small amounts of plants, such as flowers, berries & herbs, may be used or consumed on site by members.

1c. Small amounts of the most common woodland plants may be transplanted for use by members. More tan this will be considered on a case-by-case basis by the BOD.

1d. Seeds may be gathered for use by members.

2. Any monies obtained by timber harvesting will go to the owners of the woodland (Kim & Jack Ingersoll).

3. Ginseng shall not be harvested under any circumstances by the public or SweetWood Temenos members unless explicit permission has been to them given by Kim and Jack Ingersoll.  Kim and Jack are seeding and encouraging the wild growth of ginseng as a supplement to retirement monies.

I REALLY LIKE THIS PLACE! CAN I BRING MY GROUP HERE FOR AN EVENT?

(B) Guests, non member folks who are invited for a rite of passage during a paid event, may pay $5 extra and stay overnight. In another words, people who would not normally have come to a SweetWood Temenos paid event if it were not for a specific rite of passage held during that event.

Permission for Guests to stay overnight would be at the discretion of the caretaker and space permitting. Advance notification /request for permission are encouraged for planning sake.

(C) All other people, non-members or members pay the full fee for the given paid event if they stay overnight. And, having done so, they would be welcome to stay as long as they like.

If the person has first paid just the day fee, and later received permission from the caretaker to stay, then they would pay the appropriate fee for the paid event minus day fee already paid.

(D) Guest, Visitor and paid event fees can be adjusted up or down annually and approved at the SweetWood Temenos BoD Imbolc meeting. This is so fee change can go out in the Schedule of Events announcement in February of each year.

SweetWood Temenos cultivates a community of Friends and Friends of Friends who regard one another as Kin. Part of this cultivation and kinship is a growing closer, a sense of intimacy, trust, honesty, sensuality and freedom to be whom one is. This requires everyone to be excellent to one another, to respect the sovereignty and autonomy of all who are present at SweetWood Temenos and to treat each other as dear ones or friends.

This policy recognizes that when humans gather together in friendship and kinship that there can be awkward suggestions or contact, misunderstood intentions and self-centered behavior that can be annoying. Polite, respectful yet assertive discussion of the problem with the other person(s) and/or the use of another person as a mediator can resolve the issue. SweetWood encourages this problem solving approach. Sometimes ignoring the problem will allow the issue to resolve itself. However if ignoring and/or discussing the issue first does not bring about resolution, please seek out Jack Ingersoll, AKA Iacchus, or other designated SweetWood mediator to help resolve the issue. 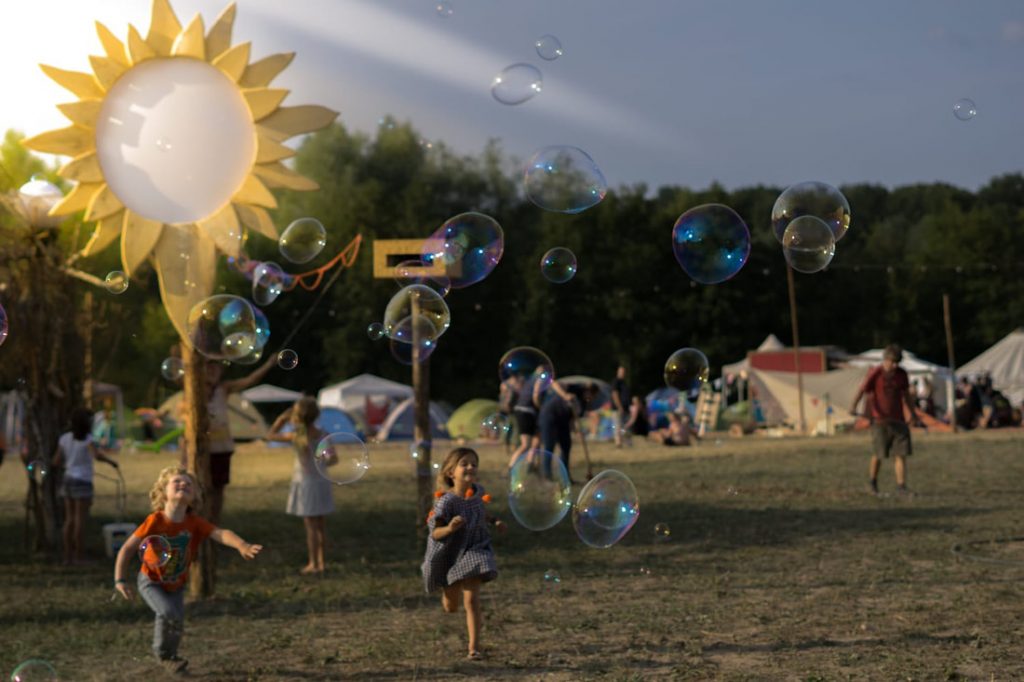 The Freedom Festival is a summer gathering of the Good Folk of Sweetwood Temenos, their friends and guests. It is a time when as “together hearts” we celebrate and relax in our Nature Sanctuary. At the Freedom Festival there is a sharing of smiles, good friendship, food, drink, tasks, skills, knowledge and love.

Freedom Festival is the major fundraising event for Sweetwood Temenos. There are workshops, meditative activities, a silent auction, a “give away”, a symposium, walks in the woods and field, starry nights, rituals, fests, bonfires, dancing, music, chanting, singing, poetry reading, and the Sweetwood Temenos Thing (the annual general assembly).

Sweetwood Temenos has a custom of being excellent to one another and the Freedom Festival is an occasion where all can practice excellence in common. The Freedom Festival blesses nakedness, as it is a religious rite of Sweetwood Temenos where nakedness is an expression of being a Dear One, a sign one is free, a shameless thanksgiving of the goodness and Divinity of body and sexuality.